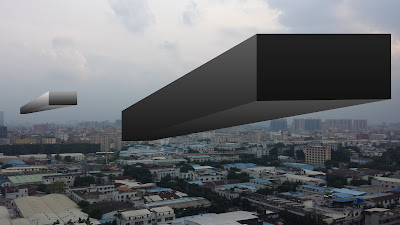 Black Hyperbox started as a frame for performance and text, based on the alienation between practice and conceptualization. Artworks, mostly performances, emerged from its process. They are circulating sometimes independently, sometimes together. Black Hyperbox is also a book that holds incompatible conceptual zones and spatiotemporalities together: Old World and New World, theater and jungle, jaguars and AI, prehistory and futurism, the earthly home and the alien space, Mecca and the North Pole, spaceships lost in cosmos and the politics of Isis, Malevich’s black square and the moon travel, thought and hallucination.

Black Hyperbox is one of the first Artworlds initiated by Alina Popa and Florin Flueras. Artworlds are complex esthetic entities that include artistic processes and products, but their esthetic effects are somehow always beyond their appearances. Artworlds are not objects to be exhibited, not performances to be seen, not texts to be read, not research or experiments, not immaterial art, but they can be all of these and more. They don't have a sharp and clear presence, they cannot be presented as events or finalized and condensed as products. They can take different forms in different contexts and still they maintain their internal chaotic coherence of a world. They are artworks as artworlds.

In the Romanian Cultural Institute gallery in Berlin, Black Hyperbox will have a short apparition in the form of a book and 5 performances.


The point of indifference is a weak geometric machine that draws the outside space with the inside space, a dramaturgy of interior duration. It studies exactness with interiority, performance with contemplation, and simplicity with absurdity. A body moving through space becomes a point that must be remembered at every position of its trajectory. A structure emerges only as that which holds vagueness together, at the limit of performance conventions.

Performance on the topic of the black box and its content, using a hyper tool for revealing the emotional state of the artist while being in a black box situation - performing, emotional state that is usually unseen or not so evident for the public but happening inside the artist's body. The performance is also about making special from simple and usual common things.

Doubt that subject that you’re shaped into by what is visible and languaged. I devoted myself to hiding most of what I address to you, getting in and out of subjectivities. You’ll be comforted to know that something else is hiding me.
Spoils (n/v): [1] goods captured in times of war;
[2] ruining the character of a child;
[3] booty.
'Spoils? You mean prey and pray, no?'
'No.'


At the End of the Line
Bogdan Bălan

My Performance is about the impossibility of experiencing somebody else's reality.

A performer shifts, from time to time, the attitudes and states about what's happening. Sometimes the reactions seem to be related to the space, sometimes to the visitors, sometimes to shared expectations and conventions… Unexperiences works with the automatisms of having an experience – the implicit attitudes and emotions associated with a situation, in this case, of an audience seeing art (performance). More than presenting something to the esthetic sensibilities of the visitors, Unexperiences is interested in how affecting those sensibilities becomes the work, in their bodies.